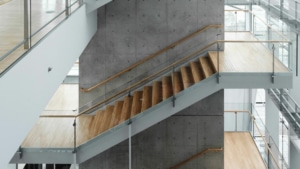 Wes Mathews started High Level Marketing (HLM) to focus on small to medium-sized businesses. Back in 2009, social media was in its infancy and businesses were trying to figure out how to deal with this new frontier in digital marketing. Almost a dozen years later, HLM was at the top of its game, and merged with another company to start playing a new game at a higher level.

Digital marketing in 2009 is quite similar to digital marketing today. Businesses need help with website design and upkeep and organic and paid SEO. But because the platforms have been constantly developing, Wes learned how to deliver leads “on the job” with his customers. By 2020, the firm was doing $6.5M in real annual revenue (not counting the advertising spends of its clients) on the back of four key pillars: 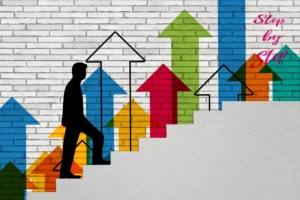 Wes never had a real plan for how he was going to get to the next level in his business. He was the sales and revenue guy, his full partner in the business was the CTO and was heads-down on the software and tech side of the business. His hustle and drive had gotten HLM this far.  But how could they go from a 7 figure business to an 8 or 9 figure business?

Seth Godin has famously said that if you want to make that kind of leap you have to hand your business off to someone else, then be an understudy with someone with the kind of business you want for 1-2 years. Then you can return and transform your business. But Wes never considered that. In fact, in Summer 2020, after the first wave of Covid-19, he felt himself slowing down: he wasn’t feeling the same fire he used to.

Call from a Broker

Any broker will tell you that at least once a week we are on the phone to a prospect, either warm or cold, who we would like to work with.  Wes had gotten plenty of these calls before and wasn’t really interested, but after he had felt himself begin to slow down that summer, he decided to have a longer conversation.

It turns out that Todd was helping a company look for suitable merger candidates, and the last deal that they had been working on fell apart.  Wes said, “Why not?” and before too long he was on the phone with first the CEO and then the COO of Bell Media. They really got along and Todd saw puzzle pieces coming together. He saw himself as a revenue guy and his partner was a CTO. Bell Media had neither proprietary tech nor someone entirely focused on growing revenue. This could be a great marriage.

When the first LOI came in there was a pretty big gap between what Wes wanted and what Bell offered. He felt strongly that the company merited a 6-12X EBITDA pricing and his internal “deal breaker” in that range was 8X. The original LOI came in at roughly half that.

That low number allowed Wes to focus in on his deal points:

While Wes didn’t have total clarity on all these points initially, they developed, and after 3-4 LOI exchanges they finally got over the finish line and started moving towards closing.

Even though HLM ended up being the seller in this transaction, the new company kept the HLM name, which was a real point of pride for Wes. He and his partner were each 10% partners in the new company, and freed from trying to be a CEO that might take his company to a $100M valuation. Wes knows he’s part of a team that will get there in 3-5 years, and he’ll get to be part of that transaction too.

Because both companies had already been working remotely at various times of 2020 due to Covid-19, the merger was much less painful, with nobody having to relocate.

Key lessons you can take from Wes and HLM:

Are you looking for a merger with a company that can help take you to the next level?  We’d love to help you find that company.  Give us a call!

Building “Potential” Into a Selling Price

What is the Entrepreneurial Operating System (EOS)?
Scroll to top