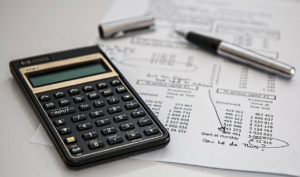 Inevitably, in discussions with sellers, we hear the phrase, “If the buyer does X,” in which X increases the value of the business. In fact, we’ve shared before the major benefits of one small tweak which buyers made to significantly increase profitability. But that’s the point, that’s a benefit that accrues to the buyer, because he/she did the work. So, when can “potential” additional revenue be factored into a selling price, to the benefit of the seller?

Possibility in the Future

Let’s say your business is B2C and is in a heavily-trafficked shopping center. But, there is a development going up across the street. It’s an apartment complex with 250 units. For purposes of this example, we will assume that the permitting process has completed and approval has been issued, but construction has not yet started.

It is, of course, certain that your business will profit from the increased presence of the inhabitants of the new apartment complex. But how can you factor that into your selling price?

Secondly, you’ll need to investigate the actual numbers behind the new traffic. As part of the permitting process municipalities have to issue future traffic estimates. Obviously, those numbers are going to be phased in over time as not all the apartments will fill up the day the complex opens. Don’t only ask the municipality for their data. If your business has a professional association, that association will often have studies done that can tell you precisely the economic impact of a new development in proximity to your location.

Thirdly, you’ll need to deal with the real estate in relation to your business.  If you own the real estate and have it as a separate transaction (best practice), then not only will the value of the business go up, but so will the value of the property. If you don’t own the real estate, you’ll need to get written commitments from the lessor as to what the new rents will be, as the buyer will certainly argue that any potential profits due to the new development could be eaten up by major rent increases, also due to the new development.

With all this information, you’ll be in a much stronger position to build “potential” into your selling price and make a case to a buyer for an increase in the price of your business over what the current financials demonstrate.

Certainty in the Near Future

But that scenario is entirely different from one in which the seller has done something that has not yet shown up in the financials, and may not for some time. Let’s say you’ve signed a contract with a client for which work will begin in a year or two, or with a type of vendor that tends to have long and laborious payment cycles (like the government). How can you build this soon-to-be actual income into a selling price?

We’ve seen this go a number of ways. It’s rare that a buyer and seller will agree on some simple formula immediately. Often we see that a buyer might agree to a percentage of that revenue significantly less than what the seller hoped for. Or, we might see the seller so certain of the strength of this new revenue stream that he/she will ask for a percentage of that new income to be baked into the deal.

Unlike the apartment scenario, in which a shovel has yet to hit dirt, in this scenario, the seller has done all the digging and building and is just waiting for the payback. Rather than an estimate based on an estimate, a seller is now talking about percentages based on a certainty. Hence that “potential” will seem much more immediate to both the buyer and seller.

Are you facing some developments that you think will spell great potential for your business and want to discuss how it might affect your selling price? We’d love to chat with you about it!