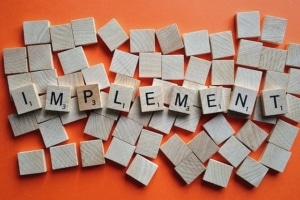 Sometimes we see that new owners do better than the former ones not because they have any more skills, but simply because they do work that the former owners refused to do. This isn’t necessarily groundbreaking, difficult, uphill work.

Often it’s the simplest of things.

One of our clients provided seeds to farmers and growers. However, he wouldn’t ever fully fulfill the orders. Someone might order 15,000 seeds and he would send 5,000. Customers enjoyed dealing with him, as he was friendly, but he never took the business seriously and just ran it himself. Even so, he managed to take in $1.8M in top line revenue each year, keeping $300,000 of profit for himself. Within one year, the new owner took the business to $6.3M in top line revenue, with $840,000 of net profit.

In addition to owners not doing basic tasks, we often see them prey to fatigue.

One of our brokers was speaking with an owner of a group home that was running at about 70% capacity. As we looked at the overall numbers, we saw that getting closer to 100% capacity would significantly increase his net profit. His response? “I’m tired of babysitting.” In this case, the fatigue would cost the owner more, as not running it at capacity meant the business was undervalued. Conversely, this would spell a good opportunity for a new owner: bring it up to capacity — the infrastructure already exists — and there’s some found money.

Sometimes doing the work isn’t as simple as fully fulfilling orders or running your facility to capacity.

Sometimes it involves paperwork that the previous owner didn’t want to do.

One of our clients found this out when he bought a business that provided supplies to independent convenience stores (things like cups, straws, etc). The previous owner didn’t take the rebates from the big soda manufacturers. As you might guess, those companies aren’t just willing to hand out money easily, but if you do take the time to document that you sold at least X amount of their fizzy drink by filling out the paperwork they ask for, you’re eligible for some rebates.

How much, you might ask? Well, the client paid $800k for the company, but now, only two years later, can sell it for $1.5M, having changed almost nothing in the business apart from doing the work that the previous owner was unwilling to do or delegate.

While of course there are “failures” by previous owners, the reason we see these as “successes” is because you can see how often that line between good and great hinges on little things like filling out rebate paperwork or being willing to “babysit” so that you can make a final push to get a great valuation for your business. We’d love to take a look at your business and see where you might have some opportunities to find money as well as share resources to help you capture it.

Should the Buyer and Seller meet in person?