While we do a fair number of transactions locally between buyers and sellers, quite often neither buyer nor seller lives in the same state. Often, they don’t meet until closing, and sometimes even then they don’t meet. In-person meetings can sometimes close a deal, but other times they can break one. It all depends on the level of communication and what was said prior to that meeting. 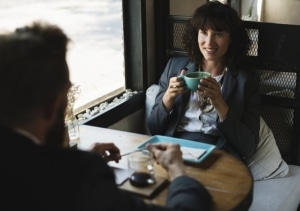 A seller who worked in home improvement had a lot of his team out in the field, but he worked out of his home, mostly dealing with customer-facing issues. He had represented to the buyer that he worked roughly 50 hours a week. The buyer was coming from corporate America and didn’t mind “buying a job” that he could systematize over time so this seemed reasonable to him.

He came over one day to see the setup of the home office and walk through some routines with the seller. When chatting with the seller’s wife about the work, they were surprised to hear her say, “Oh he’s down there all the time!” The seller remarked that 50 hours a week wasn’t really that much time, which she corrected by saying, “It’s way more than that!”

The buyer, as you might guess, walked away from the deal. Not because the seller’s wife was candid — she had every right to be — but because the deal had been misrepresented. Fifty hours a week is an entirely different commitment than eighty.

And Nothing but the Truth

But if there’s been honesty and transparency before an in-person meeting, a face-to-face can go a great way towards alleviating concerns.

One of our clients was buying from a husband and wife team out of state. The husband ran the customer-facing side of the business and the wife managed the back office. The buyer began to get anxious about some delays during the due diligence period. In this particular instance, we thought it best for him to meet with the seller and work through some of those issues together. They ended up meeting for several hours and everyone walked away delighted.

The buyer was more comfortable: he now had context for the delays he had been experiencing.

The process accelerated, including a segment of having the titles for 24 vehicles included in the sale. The improved buyer/seller relationship made that go even smoother. When the deal closed, the buyer flew in and they all went to happy hour together to celebrate.

We think that, overall, a face-to-face meeting, if it can be easily arranged, is a major plus in a transaction. It gives faces and voices to emails and contracts, and can help to give personal context that may smooth deal points later in the process. The only time it might undermine you is if you weren’t transparent in the first place. In that case, whether a spouse is present or not, you might unintentionally reveal what you should have shared in the first place, and (understandably) have a buyer walk away as a result.

Apex Success Stories #3: Just Do the Work
Scroll to top