One of the key pieces of advice we give to all our new owners is: “Don’t change too much too quickly.” In fact, you should guard against any kind of changes in those early days. You should be soaking up everything you can about the business, learning why it’s gotten so successful such that a person like you has come along to buy it in the first place. But as you might guess, not everyone takes our advice.

A recent cautionary tale came in the form of a business that was open for sixty years. It only took eighteen months for the new owners to put it out of business. 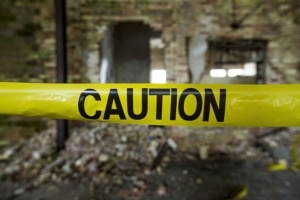 As brokers, we can dispense business advice but often we have to give life advice as well. We could see that the two incoming owners had a “know-it-all attitude”. You can gently try to offer some correctives, but at the end of the day, it’s their life and their business to do with as they wish. But from the get-go, the outgoing owners and the entire company saw that attitude on display.

It started in the morning. The owners would be in at around 7:30 each morning, usually slightly before any other staff arrived. This allowed them some quiet time to do work before the office got busy, but it also allowed them to demonstrate to their team that they took this at least as seriously as everyone else did.

Not so with the new owners. They made sure to get to the gym — not an early morning session — but one that allowed them to roll into the office around 10 or 11. When they did arrive, they didn’t ask for training or orientation, they were just happy to assume the title of management without earning the mantle of leadership.

A perfect example happened when the new owner called out to a staff member to come into their office. When the employee came in, he was handed a sheet of paper: “Please fax this to so-and-so.” After the employee left, the old owner leaned over and said, “We usually do those sorts of things, no need to bother the staff.” Without skipping a beat, the new (and soon to be former) owner replied, “That’s the difference between you and me.  I’m an owner – you’re an operator.”

As I’m sure you can guess, that sort of attitude wasn’t confined to private remarks in an office, but leaked out to how the staff was treated, and before long, people started leaving. The front line staff were the first to go, almost all of them left within 90 days. Some months after that, the management team followed suit. As the cash flow dried up, the new owners couldn’t take a salary and worse, had to take high interest loans (without their bank’s knowledge or permission) to stay afloat. From that point forward the death spiral accelerated and before long they had crashed, largely because of their own hubris.

Perhaps being an operator so that you could learn how to be an owner of that business might have been in order?

Whether you consider yourself an owner or an operator, you’d be wise to pay attention in those early days at the helm of a new business. Continue to write down and note exciting ideas you may have for change and growth, but wait until you have a real sense of the business, instead of relying on perhaps your (too healthy) sense of self, before making any changes at all.

Should the Buyer and Seller meet in person?
Scroll to top