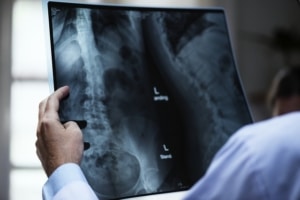 There are many occasions we’ve seen a quick sale over the years. One of the two factors that can often lead to one is having an exit strategy. The other? A health scare. While sometimes the health scare is genetic and unrelated to the business, very often conditions in the business manifest in some health condition, and this causes a re-evaluation of priorities, and often, a sale.

Jim Remsite was one of two partners that started a custom software company called Adorable. In an industry dominated by robotic and functional logos and names, Jim and his partner decided to zag with a sort of pink coral decor: “We wanted customers to love their software.” And they did. Jim and his partner started the company in 2014 and by the end of 2015 they were looking at $1.5M in topline revenue.

But towards the end of 2015, Jim’s partner decided that he wanted to move on to another project he was more interested in, and because they had a buyout agreement in place, they had a good starting point for discussions. Since this other project would take longer to start providing a salary, and because the buyout agreement was set for five years, they negotiated to get a lower total amount in exchange for it coming at an accelerated rate.

With the challenge of losing a partner, Jim decided to push himself hard. This was due in part, he confessed later, because he was trying to prove to himself and everyone else that he “didn’t need a partner.” And while the company did grow to $3M in topline revenue in 2016. By 2017 it had returned to its previous level, $1.5M, and Jim had to lay off almost half of the company.

It turns out that while Jim obviously didn’t “need a partner” to go out and sell, he needed someone to balance him out, and he also needed an easier path to going from managing 11 people to managing 23. People weren’t properly managed, the sales pipeline wasn’t properly cultivated, and bad results ensued.

A short time after these layoffs Jim was at a conference and was struggling with a very bad headache. He thought that it might be due to the conference being held at altitude, but when resting in his room didn’t work he checked in with the paramedics and they found that he had unusually high blood pressure. He went to the hospital where they monitored him for the rest of the day. The next morning he was fine and brushed it off as just a possible fluke.

But a couple of months later it dawned on him that this might be symptomatic of how things had become unbalanced, and he decided to become proactive and look for a possible acquirer. While there were three suitors, he ended up selling to the company that was much much larger than his (around ten times larger in revenue) because he knew that the problems which had created the imbalance in the company would be rectified: he would get support staff for his sales efforts, and he’d be given a c-suite – a seat at the table without having the entire burden for running the company falling on him.

Don’t wait for a health scare to consider a business sale or transition. Give us a call today so that we can take a look and see what we can do to help.

Sometimes Liquidation is the Best Option