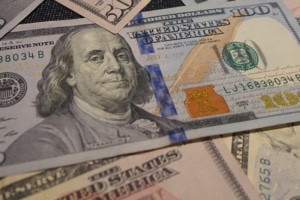 A lot has happened since we first wrote about the Paycheck Protection Program (PPP) earlier this year. Some of those loans have actually started to be forgiven, and we wanted to make sure our Apex clients and readers have the most up to date information.

Unbelievably, $134 billion of congressionally approved funds went unspent when the program stopped taking applications in early August. It was around the same time that the government began accepting applications for loan forgiveness and in late October we began to see the first positive decisions.

The deferment on loan payments was ten months after the last day of your “covered period.” The covered period is usually defined as the period between the disbursement of the loan and the subsequent 24 weeks. If you want to avoid making any loan payments whatsoever, you need to put the application in during this deferment period.

Your application will go to the lender who originated your loan. They have 60 days to review it and then it is forwarded on to the SBA, who has 90 days. But given the timelines we’ve already seen above, those are worst-case scenarios. Some lenders, like JPMorgan Chase, which has the most PPP loans by dollar amount, have been sending emails to customers inviting them to apply for forgiveness based on when they received their loan.

Form 3508S focuses more on certification than on calculation. The calculation usually revolves around your payroll. To qualify for forgiveness, at least 60% of the loan must have been spent on payroll. The remainder could have been used for other eligible costs like mortgage interest, rent, and utilities. But rather than get the paperwork necessary to back up those other eligible costs, take a look first to see if you hit the amount just on payroll alone: many do. Furthermore, the earlier murmurs about forgiveness being somewhat mitigated because of employees that were let go or pay cuts in general seems to be resolved in the 3508S, which penalizes you for neither.

If your loan amount was more than $50,000, you may need to use the 3508 or the 3508EZ. The EZ form has generally been aimed at those who are self-employed with no employees or who maintained salaries and head count at certain levels. But check with your banker and accountant to be sure.

Talk to Your Bank and Be Proactive

What we’ve learned this year is that those who have kept an open line of communication with their banker and those who have acted with speed have had good things happen when it comes to government aid. This isn’t a situation any of us would have wished for, but we’ve seen that some of the deals we have in process are being held up precisely because of questions about the forgiveness of loans that are on the balance sheet. If this is something that is holding up a sale in process, this is just the thing to break that logjam, and for those who have been holding off on listing a business because of uncertainty regarding PPP, no need to wait any longer. You can list your business while pursuing PPP forgiveness. While we often like to say that we’ve “seen it all” we can also say that we’ve been unafraid of doing deals during this time period, despite never having lived and worked through a worldwide pandemic, as have many of our buyers and sellers.

If you’ve got questions about PPP and a business transaction, give us a call!

Best Practices for Marketing a Business for Sale

Case Study #44: Doubling the Deal at the Last Moment
Scroll to top