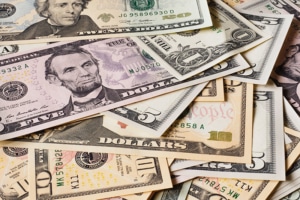 Some time ago, we noted that funds were going to be available for small businesses and in the intervening weeks the Paycheck Protection Program (PPP) story has developed significantly. We wanted to give you some updates, as well as encourage you to apply if you need to, as there is still money available after an originally botched launch.

Government isn’t ordinarily known for efficient launches of large scale programs, so we shouldn’t have expected anything different in stressful circumstances. Some of the lowlights included:

It was a banner day for the banks, who netted 10 billion dollars in fees alone, and all for underwriting SBA-guaranteed loans, which means almost no risk.

Alas, the website crashed the day the second pot of funding was made available. After enough complaints, banks with under $1B in assets were given some windows to apply (unsurprisingly, the largest banks had been getting preferential treatment). After the blowback from the first round, there are still some clouds hanging over this round of funding:

There haven’t been the absurd cases (like the Lakers) in this round, but what seems to be clear is that without guidelines, loans are not merely being given for rescue. Some companies are taking the loans to fund growth. It could be argued that the intention of the funds was to rescue small businesses that were on the verge of going under, but there doesn’t seem to be restrictions in the funding policy requiring clear proof of that, and given the current business atmosphere, there doesn’t really seem to be a moral problem with making sure your business survives during a time which may be tough on many.

As of the time of this article, there’s still more than $100M available in funding. As we’ve said previously, our long-term outlook for the economy, not just in the US, but worldwide, is positive. We also think that political circumstances are such that decisions concerning the finer points we’ve highlighted above are likely to go the way of small business owners.

We encourage small business owners who think they could put this funding to good use, even if not in immediate danger of going out of business, to give their bankers a call to see if it makes sense to apply. If you’re one of the many business owners unhappy with their banking relationship, give us a call. We’ve got some solid names to share with you.