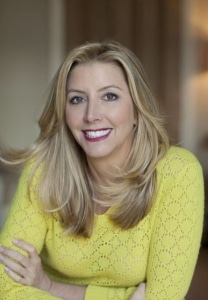 A couple of decades ago, Sara Blakely was selling fax machines door-to-door. Today, she’s the billionaire founder of Spanx, with the occasional appearance on Shark Tank as a guest Shark, as well as most recently, a release of a Masterclass about her journey and her mindset and tactics to build a company in any field. We can’t cover everything she talked about in the 3.5 hours of classes, so we decided to pick three of our favorite ideas to share with you.

Very early on in her entrepreneurial journey, Sara joined a small mastermind of business owners so that she would have people she could trust to bounce ideas off of. Many years later, she is still part of this group with the same members. Entrepreneurs need to have people they trust who can give them impartial, unemotional advice about their business as well as the way they are conducting their personal lives in relation to that business.

While this can be helpful in one-on-one situations, like a good relationship with a business coach, a banker (something we harp on all the time), or with an accountant or attorney, it might also be worthwhile to build up a small advisory board that can meet quarterly or biannually. You might look at financial statements, ask about marketing strategies or sales ideas, or simply pour out any challenges you have that you can’t share with your employees. You’ll be surprised at how many people in your network would jump at an opportunity to help you in this way.

Let Your “Why?” Define Everything

Sara heard “No” a lot early on. When she went to manufacturers she was dismissed as a nobody with no financial backing (she started Spanx with $5,000 and has managed to retain full control until the present day) but she persisted because she noticed that everyone in the supply and manufacturing chain were men. These men would never, ever wear undergarments for females. She firmly believed that her company would make products for women that considered the wants and needs of women, so she pushed through the Nos because she had a powerful Why.

This is a bridge many entrepreneurs have to cross not just early on but even late in the journey. We can be made to feel like we are crazy or delusional and if we have a powerful why that animates what we are doing we will work through those voices telling us to stop. If we don’t have a why, we can get stopped in our tracks.

When she was young, Sara’s dad would ask her and her brother at the end of each week, “What did you fail at this week?” If Sara had nothing to say, her father would be disappointed. When she did have a failure (or two) to share, he would give her a high-five and told her, “Congratulations!” By reframing what failure looked and felt like, Sara’s dad was removing the fear of failure. By recognizing what she wasn’t good at, owning that, and even admitting it to her dad, Sara was inoculated against some of the hardest trials of entrepreneurship: self-doubt and fear of failure.

This didn’t mean she avoided difficult things. It meant that she understood from a very early age that failure was a natural part of any successful journey. It is not to be feared but to be embraced, learned from, and when appropriate, celebrated.

We’ve got a few of our own entrepreneurial tips we’ve picked up along the way, not just from our buyers and sellers, but as brokers building our practices. We’ll be happy to share some with you anytime. Just give us a call!

Case Study #38: Removing Yourself from the Scaffolding

Questions for Buyers to Ask, Part 3
Scroll to top