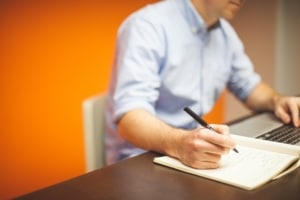 This is a continuing series of stories we want to share with our clients so they don’t make the same very costly mistakes.

We’ve discussed before that if you do well in one industry and decide to come back to it after a non-compete has ended, that there’s every likelihood you will do well again. You’ve already have a good position in knowledge and network against your competition. One of our recent clients had a seven figure exit from an equipment company over a decade ago. Once his non-compete ran out, he got back into the same business and in only six years he had grown the company from zero to $100M in annual revenue, against a 20% net profit.

That sort of business and that kind of profitability gets a lot of attention, and before too long he had an offer for a cool $100+M on the table from a serious buyer.

Firstly, he wasn’t responsive. There was a period of eight weeks from when the offer came in before he even responded.

As we’ve said numerous times in various articles, successful transactions aren’t born, they’re made from cooperation, communication, and responsiveness to requests. If he was serious about selling the business and not just testing the waters, he would have reacted more appropriately to an offer that paid such respect to the hard work he had put in for the last six years (and even longer, as he didn’t mentally start from zero, but was building on previous experience, when he started the second business.)

Second, his lack of responsiveness didn’t come from a lack of seriousness alone. The reason he was gone for weeks at a time was because he was very busy working in the business instead of on the business.

He had a “management team” but it was really more for show than for go. He had a stranglehold on operations and no systems in place. This had already spooked the buyer early on, but the buyer thought about requesting an extended transition time, perhaps over a couple years, in order to ensure a successful handover.

We encourage having multiple potential buyers looking at your business at any given time so that we don’t have to bet on one candidate.

In this case, the seller refused to allow us to market his business more broadly. He put restrictions in place about who could be shown the business. Also, he had to pre-approve every person we wanted to show the business to before we could move forward, waiting weeks for an approval. When the buyer withdrew his nine figure offer after a lack of responsiveness on the part of the seller, as well as an unanswerable fear about inability to transition, we had no other buyers we could offer to the seller… even if we believed he was serious, which we had come to realize he wasn’t.

This all goes to show that a successful build and exit in an industry can and does put you in the driver’s seat to do it all over again, but with that increased success can sometimes come a detachment from hard truths:

1) A business that can’t run without you is just a job you own. It’s not a sellable asset.

2) Your actions, not your words, dictate how serious you are about selling your business.

3) Your best chance of selling a business comes by having it be available to the largest number of serious buyers.

Want to avoid being part of a cautionary tale?  Give us a call so we can discuss implementing better systems in your business so you’ll be in a position to sell when you want.

Cautionary Tale #1: No Transition Plan… Ever