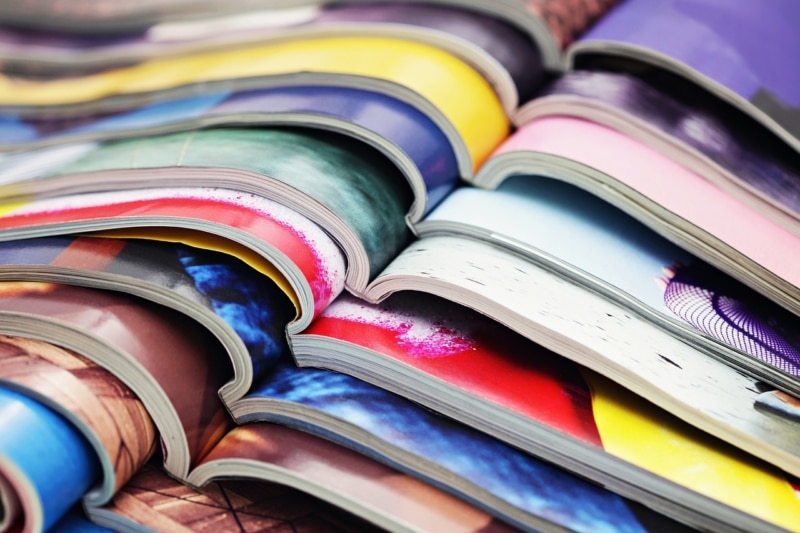 The original company was named FPD and it published and distributed free publications both to retailers and direct to consumers.

Think of any printed material you could see in free outdoor vending machines or in entryways of local businesses. That’s what Tom’s company focused on.

This type of business primarily focuses on having a strong distribution capacity (clients would want to know that their publications would be seen in many places) and on good relationships with printers (the better the prices on the printing, the more margin FPD could keep).

Beyond that, Tom also created, developed, and managed his own accounts instead of just waiting for business to come to him. This led to a successful pitch to what, at that point, had been a purely online business, ISoldMyHouse.com, for a companion printed piece in the field.

What started as a 50,000 copy pilot grew into eight regional distribution points and over 1M copies of the magazine.

In addition to hustle, Tom had grown the business through acquisitions, primarily on an earn-out basis. When enough of the competition had been bought up, FPD itself became an attractive acquisition target: a strategic purchase from its single biggest customer.

Tom had a two-year non-compete he had to sign and he went on to work for the new owners. During those two years the buyer itself was acquired. With his noncompete finished and unhappy with the new direction of the company, Tom started another company with the exact same name as he used the time before: FPD.

He’d benefited from even more education and relationship building in the years he’d worked for his acquirer…and it showed. In 18 months he went from zero to $3M in annual revenue, on an 8% margin.

Here Tom stalled, as he lacked the ability/time to find a serious number two. Because of that, he spent a lot of time working in the business instead of on the business.

Despite a strong revenue number, he couldn’t get a valuation beyond $1.8M. This was in part due to it being a service business, but mostly because 50% of his revenue came from one client, leaving him vulnerable.

He did manage to sell for $1.5M, due to his taking his eye off the ball (as he put it) as the deal drug during the due diligence phase, and he lost some accounts, thus forcing him to accept a haircut on the valuation.

Once the sale closed and Tom signed another non-compete, he took some time off and built a house on a plot large enough for a whiffle ball field (about ¼ the size of a baseball field).

He ended up selling that property years later but recalls many happy summer evenings when hundreds of neighbors came over for games of whiffle ball.

You can guess what happened…he got the itch again, particularly after his non-compete expired. He ended up starting Hannon Distribution, his third company, doing precisely what the last two iterations specialized in.

The company was growing nicely, though Tom ended up injuring himself very badly, almost fatally, during Ironman training. He chose his health and recovery over continuing to build the business and sold this third company to a publicly traded firm for undisclosed terms.

While you may not end up starting three very similar businesses, there are still two excellent takeaways from Tom’s interesting story.

Should You Grow Through Acquisition?
Scroll to top