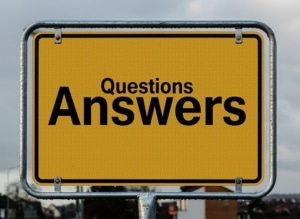 This is a continuing series of stories we want to share with our clients so they don’t make the same very costly mistakes.

One of the many reasons you hire a business broker to help guide you through a sale is because we will tell you important truths without fear. We want a successful transaction and that can’t be done by hiding things or not being fully truthful. But that sometimes means that a client will want an answer you simply can’t give.

One of our clients had retired from a twenty year career in a field, and had decided to get into a food franchise. The first location that he picked was about thirty minutes from his home, so he had a general manager in place. The location wasn’t losing money, but it wasn’t making money at the rate he expected.

He also bought a second location of the franchise much closer to his house, which he had great expectations for. He wanted to get rid of the old location so he could focus all his energies on the second location. There was a problem, though. He didn’t have a sellable business.

There are many reasons to buy a franchise, but once you’ve committed and bought one, you simply have to put in the work.

Because the business wasn’t in a strong position, the sale price wouldn’t clear the debt that already existed. This meant that the deal couldn’t be financed. Worse, he still had an existing lease obligation that had some strings attached.

We told him the numbers had to be better so that we could help him sell his business. He disagreed.

Not only did he disagree, he went around asking for second and third opinions. Word kept coming back to us from friends and colleagues that he wanted someone to look at his business and give him the answer he wanted. We couldn’t give him that answer because it would have been a waste of everyone’s time.

Any business owner starts with dreams about possibilities. But once the business starts in earnest, those dreams meet with reality. Once you are ready for a sale, that reality has to pass the smell test of our team here at Apex before we will put it out on the market with our name behind it.

Sometimes, having a broker serves the purpose of telling you that you don’t have a business that’s ready to sell…yet. But if you take our advice about what to improve, you can have one sooner than you think. But that means you have to be willing to hear the answer you need, not the answer you want.

Want to avoid being part of a cautionary tale?  Give us a call so we can discuss implementing better systems in your business so you’ll be in a position to sell when you want.

Cautionary Tale #2: No Systems in Place