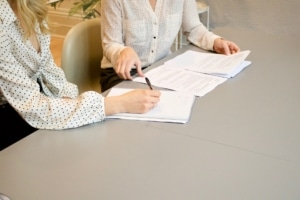 SaaS businesses have developed a reputation in recent years for being all about the numbers as well as a relentless drive forward. Natalie Nagele and her team at Postmark had been in SaaS for many years and she went the other way, establishing a four day work week and confessed that before getting the business metrics in place for acquisition, she couldn’t tell you customer LTV. That didn’t stop her from getting acquired for a life-changing amount of money by Active Campaign earlier this year.

Ever had to reset a password? Or got a notice to retrieve an abandoned online shopping cart? Or clicked on a button that allowed you to send a link from a website or app to someone’s email? That’s transactional email, and most people don’t realize there are services operating that help deliver those emails.

All business owners have experienced a bad day or a bad week or a bad month. You could lose a key employee, have had to fire a bad one, or just not hit your numbers. You pick yourself up, dust yourself off, and handle what needs to be done. Sometimes you even feel refreshed and rejuvenated when you work through those challenges.

Natalie says that the dividing line between those regular ups and downs and a signal it’s time to sell is the thought, “I can’t do this anymore.” She was nearing that point before the pandemic hit, which temporarily put everything on hold as she focused on making sure the company — and all its team members — were fine.

She also found herself often dreaming of hotels (a future business venture) which she knew meant that her focus and energy weren’t being put in the company, which wasn’t fair to her team.

But once things stabilized she and her husband (also her business partner in the company) realized that it really was time to let go, and that if she stayed and the team could see that they didn’t really want to be there anymore, that the company would be harmed. The 22 years they had spent building the company came to a happy conclusion when, unsolicited, Active Campaign reached out to see if there could be a deal, and after outlining her “must-haves” to the Active Campaign team, all else in the transaction went smoothly.

Natalie had quite a few conditions as part of the sale, but the three that really mattered to her were:

If you’re feeling like it’s finally time to let someone else take your business to the next level, we’d love to help you! Give us a call.