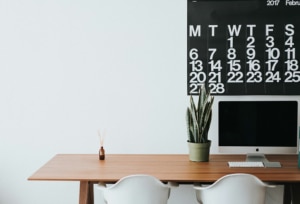 One of the benefits of the global upheaval caused by the pandemic has been the willingness of many businesses to try out working arrangements – like remote work – that they would never have previously considered.  An idea that has started to get some attention (they even have a dedicated website spawned from a book) is a four day workweek.  This idea isn’t right for every business, but every business should at least examine the idea.

In 1890, the US government estimated that a full-time worker in manufacturing worked an average of 100 hours a week.  By 1926 this started to change, but not due to great empathy for the working class, but because Henry Ford had instituted a 40-hour workweek at his factories, guessing (correctly) that this would give more leisure time to his workers who might then opt to buy cars that they could use in that off time.  Other companies and sectors followed suit, and thus we had a 40 hour workweek that some consider a “given” but is not even 100 years old.

So too whenever companies consider raising prices on a product, they examine how many customers they might lose at the new price point.  If that is financially counterbalanced by the number of customers who will stay on at the higher price point, then there’s at least some merit to make the change, just on a financial level.

So too, when considering a four day work week, the thinking cannot be to simply put 40 hours into four days, instead.  The thought has to be to reduce the expected number of working hours.  This obviously means an implied raise for both hourly and salaried workers.  What can employers expect to get for that investment?

One thing they can rightfully expect is a massive jump in productivity.  An oft-cited study is one done at Microsoft Japan, in 2019 (before the pandemic) in which productivity jumped 40% and employees took 25% fewer days off during the same time period.  It doesn’t take complicated mathematical modeling to prove that if you reduce your work week by 20% (going to a four day week) but get a 40% jump in productivity, you’ve realized a massive gain.  Even if your company were to only achieve half of Microsoft’s results, you’d still be at the same level of productivity across fewer days.

This correlates with the fact that of the ten most productive countries in the world (the US recently fell out of the top ten in several versions of that index) only two of them have average workweeks of more than 30 hours (Ireland and Switzerland).  While it is an accepted truth in the US that the greater the number of hours worked, the greater the productivity, the statistics simply don’t back that up.

The Microsoft Japan study is also particularly interesting given that it was conducted in a country that has an actual word – karoshi – for death by overwork.  It doesn’t take peer-reviewed studies to show what common sense would point to: a shorter work week means:

How to Evaluate If This is Right For Your Business

As we noted above, this isn’t right for every business, but every business should examine whether it might make sense for them.  Key questions to ask:

The companies that have successfully moved to a four day week consistently do the following:

A reminder that this is a non-starter if you’re simply trying to compress 40 hours into four days instead of five.  Not only will this fail to produce the same effects of the studies cited above, but you’re likely to have a detrimental effect on your team.  You have to think the way that Henry Ford did: fewer hours at work means more hours of personal life, and those workers with more personal time tend to be more productive during the fewer hours of work time.  Even better, you can test this theory before committing to it as a permanent change for your company.

One of the most important assets in a business sale is your team.  If you’re wondering how to make sure they stay on during a transition, we’ve got some tips and ideas to help you with that.  Give us a call!

Why Your Business Should Consider an Email Newsletter
Scroll to top