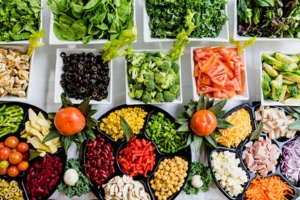 Ana Chaud started Garden Bar some years ago in Portland as a fast casual restaurant which featured salads only. While such chains as Chopped and Sweetgreen existed on the East Coast, nothing comparable existed in Portland, and Ana pioneered the market.

While Ana had some background in nutrition, she had no restaurant experience. She partnered with someone who had fine dining experience and in the first year they did well. They brought in $500,000 in top line revenue, doubling that in the second year. They had a “clustering” strategy similar to Starbucks, in which a commissary location supplied all the produce for a group of stores.

The very first store was completely self-funded by Anna, and the second store was covered by a small SBA loan and some funds from friends and family. This type of business needed to scale to really make great margins (not just to achieve economics of scale in purchasing, but in sales). To add four more stores, Anna took $500,000 in funding from eight investors, yielding them 20% in equity.

To add more stores and inject more working capital, Ana went to another set of angel investors and raised $1.1M in the form of a convertible note. At this point, Ana made a mistake in her due diligence. She allowed one of the investors to draw up the note and didn’t hire someone to represent her interests. If she had, she might have seen one of the terms that would have given her pause: if the company was acquired prior to the note converting, the investors would get a 2.5X return on the original investment.

As Ana grew Garden Bar, it became a very attractive acquisition opportunity for a company who had a similar concept in Seattle. And they were looking to become a regional player in the Pacific Northwest. She wasn’t aware of this prior to getting an extension on the convertible note, with no change to the return clause she had missed. Three months after that acquisition, she was looking at an LOI.

While the note holders had liquidation preference in a sale, the preferred shareholders, the original investors that funded stores 3-6, had to approve the increased payout to the convertible note holders. You might guess they were not too keen to do so. That said, everyone who had invested in Ana and Garden Bar up to that point were angel investors, people generally more interested in helping entrepreneurs get up and running, rather than a high rate of return. Everyone put their heads together to negotiate, and Anna gave up all her immediate upside to make sure that all the investors were at least made whole. And then they would profit via an earnout mechanism over a couple years.

It might have been an improbable happy ending if it weren’t for the arrival of COVID-19. In Portland, this meant an extreme lockdown. While the first part of the transaction had closed and her investors had been mostly made whole, Ana’s earnout is now at best in jeopardy, and in the worst case, completely gone. Only time will tell.

Office Space and Remote Work in the “New Normal”

Know Your Broker: A Day in the Life
Scroll to top