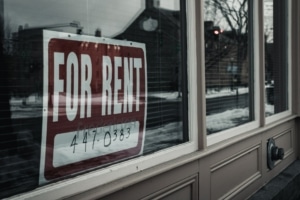 Most landlords who own fewer than ten properties use pen, paper, and spreadsheets to manage their tenants. But in a digital age, aided by solid software, there had to be a better way. Or, so thought Ryan Coon, who built Avail and enjoyed an 8-figure exit to Realtor.com. His story offers lessons for all business owners, even if they aren’t building a software company.

Most people are familiar with the freemium software model, in which some basic features are offered and the more advanced ones are offered to those who are “power users.” Popular examples include Spotify and Dropbox. 90% of Avail’s users are on their free tier, and they often remark, “I can’t believe this is free.”

But it took a while to figure out the right balance of paid and free features. The team played with different landing pages for their Google ads and found that often customers were happy to pay a little something for software that met their needs. They often valued that payment more than software that was entirely free.

This led to discovering that their average customer LTV was $500, which happened over a four-year period. But since they were spending up to $100 for customer acquisition, that meant that they needed to get outside funding to fuel growth to gobble up market share. That meant they couldn’t bootstrap and so Ryan had to spend portions of his time on the road meeting potential investors.

A key part of branding your business is not making the business name difficult for your customers. While Ryan and his business partner thought that “Rentalution,” a combination of “Rental” and “Solution.”

Ryan’s desk was near customer service and on a daily basis he overheard his reps gently correcting callers who clearly spelled the company name wrong. Hilariously, when he announced the name change to investors, one said that he liked what he thought was the current name of the company…and went on to spell it incorrectly.

Point taken all around, and Rentalution went away and Avail emerged.

Ryan noted too that Avail was about helping both landlords and tenants whereas the old name sounded like a detached software brand.

Given that they raised their last round of funding only six months before the company sold, even the most casual observer can see that selling the company was not on Ryan’s mind. What happened, however, was a series of conversations that led to “let’s explore” with a financial services firm who thought that a curated list of landlords would be a good fit for some of the other products they were offering.

But the kickoff call revealed that this probably wasn’t going to be a good cultural fit. At the time Avail had 45 total employees and the would-be acquirers had 50 on the call, of whom 40 were lawyers!

But the Avail team didn’t want to give up immediately and made it pretty far down the road with them before both parties decided not to move forward.

But that meant that they had a data room full of reports and that helped accelerate the process with who would be the eventual acquirer, Realtor.com.

Three key lessons from this story:

Looking for a business in the real estate sector? We have those! Give us a call today.

Episode 37 – Mailbag (We answer listener questions on our first mailbag...
Scroll to top