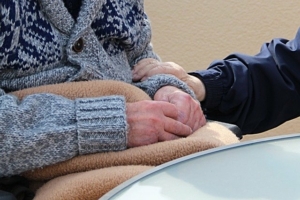 Tyler Jefcoat was a newly minted MBA when he started Care to Continue, a home healthcare service. He had had two grandparents who went through nursing home experiences that weren’t great, and he wanted to find a better solution. Care to Continue provided hourly in-home care, keeping these elderly clients in familiar surroundings.

Tyler had a passion for the industry, but didn’t have the finances to create a company. So he connected with a better-capitalized partner who was happy to let Tyler gain a 25% ownership share while Tyler ran the business.

This type of home care is not usually covered by standard insurance, so customers paid out-of-pocket or out of the legacy LTC plans that did provide for this service. At the time he sold his share of the business the company was charging $22/hour to the patients and paying out $11/hour to his team of certified nursing assistants (CNAs). This particular industry was also undergoing legal questions as to whether the CNAs would be classified as 1099 or W-2. Tyler saw the advantage in using a professional employer organization (PEO) to help him manage these compliance issues and as the company grew, Care to Continue averaged around a 15-20% EBITDA on topline revenue.

Tyler was dedicated to making sure that his team got paid every Friday, but since he didn’t establish firm (and consistent) guidelines on when clients should pay, at one point he found himself with $150,000 in receivables! He came up with a smart, frictionless solution. All existing clients were told that their rates wouldn’t change as long as there was a method of payment on file, be it an ACH order or a credit card. There was absolutely no churn and the negative cash flow and huge receivables backlog disappeared.

But on the other side, Tyler admits that there was some conflict that he avoided that should have happened with the silent partner. Some debts that the silent partner had put on the balance sheet strained cash flow and made it difficult to grow the company. Tyler’s rationalization at the time: we can scale our way out of these problems. Turns out that’s not a solution.

Tyler had developed a relationship with an investor who had significant home health care experience and went back to his silent partner with an offer from this investor to buy out a significant part of his majority shares at roughly 5X EBITDA. But because Tyler had avoided conflict some years before he had no idea that this was not really about the money for the silent partner, but about the idea of “passive income” that he had nurtured. It was a hard “no.”

Tyler came out of the meeting dispirited and realized an outside investor wasn’t an option. Around the same time, Tyler wanted to fire someone who had become toxic in the organization (turnover had massively increased in her department when she took it over) but the silent partner read this as Tyler trying to leverage the situation: by firing a senior member of staff, Tyler’s bargaining position for a buyout would be better. While this was not Tyler’s intention, it was clear the situation as it was was no longer tenable.

The original operating agreement had made provision for a buyout along the lines of a ten-year note, but Tyler was willing to give up some of the valuation in order to shave that down to a five year note. That negotiation worked and he ended up getting 3.5-4X EBITDA for his 25% share. The silent partner ended up selling the business entirely some time into that agreement so Tyler got a lump sum (and some extra) when the company sold.

While Tyler was ultimately happy to have had an opportunity to build a business without having to put up any capital, he wishes that he had embraced conflict as a way to build a better business and get on the same page as his partner. Other important takeaways:

Are you thinking about selling a business but have a partner who doesn’t want to sell? We’ve seen many different ways of dealing with this positively. Give us a call and let us share some with you!

How to Find a Business Broker
Scroll to top