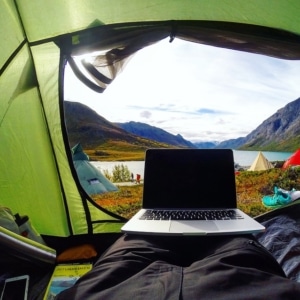 Even five years ago, most people would not have known a single person who worked remotely. Now, many people know at least one person who has either a location independent job or business, or who has some kind of flexible work arrangement with their employer.

It’s clear that remote work is not a passing fad but a trend that will only grow as technology includes more of our world in building prosperity. That means employers need to realize that remote work is very much the future and figure out how to adapt their businesses to accommodate that.

There are some companies that are entirely remote, like Automattic, the company that powers WordPress, and as a result, powers a third of all websites on the public internet (including ours!) They’ve discovered that whatever the joys are of location independence, there’s nothing to replace the camaraderie that comes with in-person interaction. This might mean annual, or even semi-annual or quarterly retreats, whether it be for certain divisions or for the entire company.

We are humans, after all, despite all the talk of self-driving cars and refrigerators that will tell Amazon what needs to be ordered. Whatever steps you take towards allowing remote work, remember that employees need to be together at least occasionally to build the camaraderie that every functioning team needs to perform. Technology doesn’t change human nature.

There are Savings All Around

It’s no secret that remote work requires more discipline than the in-office equivalent. No one is “supervising” you and the couch and television, should you be working from home, can issue never ending siren songs for you to join them.

Remote workers will develop more discipline or lose their jobs. This means your staff who go remote will get an upgrade you can’t get in an on-location employee. The newly developed skills of time management and task focus will spill over into other areas of their work and provide you, after a trial period for the first-time remote worker, with a more resilient team member.

For you as the employer it also means you have more avenues to find potential employees. There are many workers distributed around the world now who are willing to take less pay for equivalent positions in the United States. This is because they’re remote and working in a country in which 50% of the salary they would normally command lets them live at 150% of the lifestyle they did in the United States. This seems too good to be true, but websites like Dynamite Jobs consistently feature Inc. 5000 companies hiring remotely, and sometimes hiring the lower-priced of two candidates because of this gap.

While it’s true that “out of sight is out of mind,” it’s important to remember that however resilient remote workers may be, they can still feel isolated and lonely. Ultimately unable to reap the rewards of personal and managerial development that can come from a traditional workplace. This requires employers to lead the way in setting aside time to catch up apart from regular virtual work meetings and to make sure their team members know they have an open door to communicate. Remote employees, like on-site employees, want to be valued. Thoughtful and intentional communication is one of the best ways to show you value them.

Should You Give Employees Stock?

Seller Financing and Why it Matters
Scroll to top