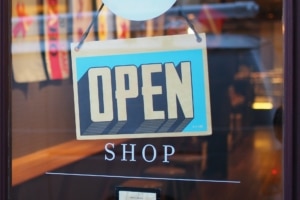 In our social-media conscious age, we might think it’s a perfectly normal thing to announce a new business acquisition to the world. Imagine the humble-braggy LinkedIn post, “I’m honored to announce…” along with press releases and maybe even a shiny new “under new management” sign to drape across the exterior of the business. The problem? These aren’t always the smartest moves. Balancing continuity with change is one of the biggest challenges that any new business owner will face.

We shared a success story some time ago of an owner that made pretty dramatic changes right off the bat which led to major financial gains. Short version: the old owner didn’t always send complete orders, but customers put up with it because they liked the owner and there weren’t a lot of alternatives.

All the new owner did was actually start fulfilling the orders as requested. No more partial fulfillment. Customers were delighted and unsurprisingly, new business followed.

Other Times, It’s Not

As we recently shared in a podcast episode, one new owner made a change and was bankrupt before the year was out. As in the previous example, the old owner could have improved a part of the business before the sale. In this case, his products and services were underpriced for the market.

The new owner, dreaming of dollar signs, immediately implemented a dramatic price change when he took over the business. The customers were unhappy and it was only 60 days later that the new owner had driven the old business into the ground.

Were the prices outdated? Definitely. They hadn’t been changed in over a decade.

Could they have been changed gradually, with explanations and context? Of course.

Did the customers save any money by switching? Probably not, but they got to vote with their feet, which is one of the most powerful muscles that consumers like to flex.

But the new owner thought revenue was just a matter of flipping a switch. Unfortunately for him, it was the off switch.

We may not like to admit it, but we are creatures of habit. That’s why you see companies spend untold millions getting you to simply try a new beverage or toothpaste or even a type of “burger” made with beets. They know that at least trying something is a gateway to possibly making that product a willful future purchase.

The same is true with businesses we deal with. We develop relationships with them and just like employees, we fear that the new owners might mess everything up. We might stay away from the business for a while “waiting to see what happens” but that in itself can create a self-fulfilling prophecy in which fewer people go and the business hits a revenue death spiral, simply because of the perception of change.

This is not an impossible problem. In fact, we’ve seen it successfully negotiated hundreds of times.

Firstly, don’t change anything. The reason you bought a business in the first place is because it works. If it ain’t broke, don’t fix it.

Obviously changes that are not customer-facing can be done right away, whether that’s a change of who the company banks with, or processes credit cards with, or solicits for insurance coverage.

But other things, like what we mentioned regarding pricing, or personnel who are customer-facing and have developed relationships with the customer base, should be left as is.

If there are changes you’re considering, poll employees and customers. Give them a voice.

If there are changes you are definitely implementing, think about how to give context and explanations to customers. They deserve it. They don’t owe you anything, especially as a new owner. Take the time to explain why prices need to change, or the logo is adding a new color, or why you’re adding a new product or service (or getting rid of old ones). People won’t always be happy with the changes, but they’ll appreciate the explanation.

And you’re much more likely to keep them as customers. And keep the business too, instead of losing it in 60 days.

Want more tips on how not to lose a business in 60 days? Give us a call!