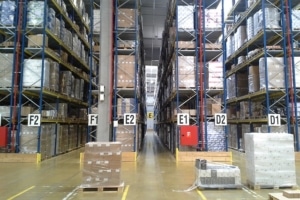 We all make mistakes in business. Sometimes it costs us money immediately, other times in the long term. In the worst cases, all the way through and including the sale of your business. Particularly when an owner is ready to sell and is in the mindset of “cashing out”.

Not that long ago, we were working with a Main Street interior design/contracting business with $800k in annual revenues. The total owner benefit was $300,000. He had $1.8M in real estate and $1.5M of inventory tied up with the valuation of the business. The problem was, not only was that 4 years of inventory… But more than $1M of that inventory was a particular type of natural stone that the owner loved and had “gotten a deal on” some years ago. But never really moved.

When we asked him about it, he responded by saying he “wanted more display options” and that “it would sell eventually.”

While the latter might be true, it may be across an unacceptable time horizon for the buyer. The display options statement was a smokescreen to avoid dealing with the embarrassment of a bad call. The reality was as the years continued on, this type of stone would only be more out of style with current trends, making it even more difficult to move. He was right that it would give “more display options,” but the reality was the obsolete inventory in the display made new stuff look that much better!

There were a few options here:

It’s no failure to make mistakes in business. The real failure is in not admitting those mistakes or dealing with them so they don’t cost you yet again. In this case, it could obstruct an exit.

Don’t be that type of owner. Own your mistakes so that you can move on to what you’d like to do next.

Case Study #33: The Acquirer Gets Acquired

Common Characteristics of Businesses That Sell Quickly
Scroll to top