Long before the general public knew what Amazon Web Services was, and that it provided the backbone for entities ranging from Netflix to the CIA, Glenn Grant was building G2 Tech Group.

G2 Tech Group was leading the industry in migrating services to the cloud, where Amazon Web Services lives. While it’s true that many times pioneers get slaughtered and later settlers prosper, if the pioneer seeks an exit at the right time, he/she can enjoy the fruits of all that hard labor.

While Glenn had started the firm as a traditional break/fix IT firm, over time it became a managed service provider (MSP). His MSP offered managed devops (maintaining tools for developers) and got ahead of the industry in two ways:

At one point Glenn was directly and indirectly managing thirty employees. He wanted to use his market position to start acquiring smaller firms and take a more powerful role in the industry. But as he started to do his own research into a possible exit, he saw that there was actually a chance for a strategic acquisition, not just a financial one. Potential buyers were discussing multiples of revenue instead of EBITDA. With money out there chasing a functioning business like his, he decided to pivot from acquiring smaller firms to being acquired himself.

Selling Sooner Rather than Later 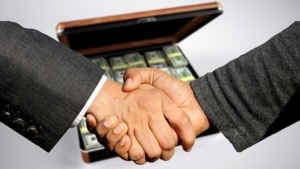 He was ahead of the curve and was well-built, so he could have easily coasted for a few years and banked the profits. But Glenn knew that while business moves fast, tech businesses move even faster. Worse, if he didn’t sell, one of his competitors might, and then instead of the competitor he knew, he’d be dealing with an 800 pound gorilla that might be able to simply outspend him.

When the time came for Letters of Intent, all three of them came from Private Equity Groups.

While Glenn had heard horror stories of what PEGs can sometimes do with Mid Market businesses, he did his own homework. He took the time to get to know the partners of the PEGs who were competing for a deal with him. And he asked to speak to fellow entrepreneurs in the portfolios of those firms. They could tell him first hand how the transaction went and whether promises were kept after acquisition.

Second Bite of the Apple

Because Glenn had started working with Amazon so early, the firm was a “trusted partner” with Amazon. This gave G2 Tech Group even more leverage in a potential sale.

Glenn saw the value of these first acquisitions in his space defining what the industry would look like in future. So he didn’t want to just ride off into the sunset, but wanted to have an impact in the evolution of his company. As such, in the transaction he was able to take a significant amount of money off the table, but he also was given the chance to invest some funds into the new entity (enough to keep it “interesting,” he noted). He was now in a position to give it a push while he was at the height of his subject matter expertise (and since he still had the desire to push on). He stayed on for two more years with the new company and did indeed enjoy a “second bite of the apple” with a subsequent exit from that firm.

There are as many ways to structure business exits as there are businesses. If you possess the drive and energy of someone like Glenn, we can help you structure your exit to be something similar. Give us a call today.

Anxiety before Closing is Normal