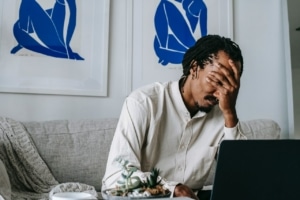 Long before he bought and built Capitalism.com, Ryan Daniel Moran was building small online businesses, which was one of many experiences he shared in his Freedom Fast Lane podcast.  One of those businesses led to what should have been an 8-figure exit, but due to his inexperience it became a 7-figure exit instead.

While today you may know about huge businesses being built on the Amazon platform, in 2013, when Ryan and his business partner spent $600 to get started, that world was still developing.  They built a company called Sheer Strength, which provided supplements to the body builder market.  Ryan was the visionary and his partner Matt was the integrator.  Their secret sauce for Sheer Strength was learning and owning keywords in the Amazon algorithm for their product categories.  That sauce paid off: at the time of their sale they were doing $10M in topline revenue annually with EBITDA of $3.2M.

End of the Road

Ryan and Matt felt that they had built the business to the limit of their capabilities, and for the company to get to the next level, they would need to bring in experts who could help scale and grow the company.  They felt that they could get six times their EBITDA and were looking for a company who knew the nutrition and supplementation space and had grown a smaller company before.

Ryan had never sold a business before, so he took the first serious LOI that came his way and entered a diligence period with the potential buyer.  They looked at the numbers and decided that the EBITDA was not $3.2 but $2.9.  Given that represented a $2M swing in the valuation, Ryan says now he should have stepped back and gone back to market.  But he didn’t know what he didn’t know, and worse, he didn’t realize that he had the asset: these were people with a lot of money who wanted to invest in something worthwhile.  Ryan didn’t understand how worthwhile the company he had helped to build was.

Ryan and Matt did end up selling to the buyer they had entered diligence with, even with the lower valuation, and they sold 60% of the business and left the remaining 40% in so that they could stay on and help the company grow.

But a shift of values happened.  Instead of a focus on service to the customer, they found that the buyers had a focus on profits.  Instead of being nimble, humble, and gritty (the culture that brought them their success), the new company was big, structured, and arrogant.

The big problems were threefold:

Before too long, the new entity that had been created went bankrupt, and even though Ryan and Matt made a very aggressive offer to the bank in order to try to buy back control, the bank went a different direction.  The 40% they had risked to grow the business evaporated.

Ryan puts himself forward as a cautionary tale but is happy to have learned important lessons in this transaction that help guide the way he does business now.

Are you looking for a buyer to work with in order to take your business to the next level?  We know people looking to do just that.  Give us a call today!

The Value of an Advisory Board