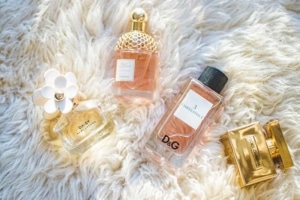 Lara Morgan spent almost 20 years building a company that started by selling sewing kits to hotels and ended up selling them shampoo, body wash, slippers, laundry bags, and much more. When she finally sold to a private equity firm for 20M pounds sterling, her company, Pacific Direct, was bringing in 3.3M£ of EBITDA annually. But a major reason she had a successful exit was a failed acquisition attempt some years before.

Ever wonder how those tiny bottles of shampoo get into your hotel? The most upscale hotels are interested in showcasing the best brands with the most attractive branding. Lara and her team would create a license deal in which she paid a fee to use the brand likenesses but was responsible for absolutely everything, from the packaging to the products themselves. At the time of the sale, Pacific Direct had factories in China, Czechia, and Egypt and were delivering goods to hotels in 110 countries.

In the last year before she decided to sell the company, Lara spent 220 nights away from home. Her children were 8, 6, and 4, and while she was driven to succeed and create a legacy for them, she was deeply conscious of “losing them” in the present. She knew something had to change. But thankfully, she had already gone through a big challenge in 2004 that prepared her for a successful sale: a failed acquisition.

In 2004, the hotel industry was still dealing with the effects of 9/11 and fewer people traveling. There was a terrorist attack that year that scared off the investment group that was interested in acquiring the company, but even in the process of preparing for the sale Lara was completely dissatisfied with her role in the company. She realized she hadn’t been a good teacher of her team and was more of a benevolent dictator than a competent leader.

She took some time off to reflect. When she came back to work, she went to her brokers and asked, “Where would I have scored poorly if we had made it further in diligence?” Armed with that feedback, she created a permanent data room and incentivized the employee in charge of it with a hefty bonus: a full year of pay if diligence went smoothly on the way to a successful sale.

Lara knew that natural acquirers included her own competitors, but where she was completely clueless and that’s where M&A professionals really helped. When the dust settled, she had three offers from the industry and two from private equity, ranging from 14.5M to 27.5M pounds sterling.

This is something we encourage here at Apex: cultivating multiple offers and not just jumping at the “highest offer.”

If you look closely, there is often a catch. In this case, it looked like Lara would need to be bolted to her desk for years as part of the deal for the highest offer. In the end, she took a private equity offer in which she took 14M upfront, left 6M in the company, some of which was at a 12% note during a time in which nobody was paying a lot for capital, and got to cash out again when the private equity firm sold the company.

One of the “non-negotiables” that Lara included as part of the acquisition was bonus payouts to all her employees, weighted towards those who were most senior. As part of her data room strategy, she had aligned senior management with incentives for a successful exit. This ended up being at least 8% of the total payout. She knew she wouldn’t have gotten to the successful transaction without her team, and she let her actions speak louder than her words.

Whatever your reason for selling, we’re here to help. Give us a call!

Deal Points: Getting to the Finish Line