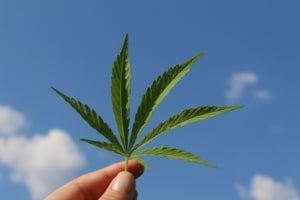 While it’s still an issue of tension between state and federal governments, cannabis is the base of a booming nationwide industry. That means we’re already starting to see transactions in that space. While we can’t say we are experts in this space, we are watching it with interest and wanted to share a case study with you that will illustrate it isn’t as simple a road as any might lead you to believe.

Brandon Ruth and his wife had spent some years abroad after college. They used that time as an opportunity to explore the world but also to become debt-free by living way below their means. But some time after they returned to the US, Brandon’s mother-in-law was diagnosed with cancer, and part of her treatment involved the medicinal use of marijuana. Brandon and his wife were intrigued by its positive effects and really began to learn about the product.

When Washington state opened up the possibility of marijuana for recreational use, they were the third person to submit a completed application to become a licensed producer/processor. That’s the first stifling regulation of many throughout this story – the state won’t permit vertical integration, so you could apply to operate a storefront or you could apply to grow and process. You weren’t permitted to do both.

Now, because the state regulated the number of producer/processors and the number of storefronts they didn’t realize (or didn’t care) about the market effects.  Because there were so few store licenses issued, and so much grower capacity, by contrast, a major supply/demand disparity was created. With so many growers, the stores could dictate prices to the producer/processors.

The regulation didn’t stop there. Growers had to pay $1,000 per month for software that ensured compliance with the state, apart from mandatory insurance. Oh, and if you violated any growing conditions you would be fined per occurrence. Growers were also not permitted to have a website or buy billboard space.

As if these conditions weren’t enough, federal law classifies marijuana businesses as operating in an illegal market, and as such, standard business deductions are not permitted, which meant that the 20% before tax income that Brandon was netting from $1M in topline revenue was essentially subject to a 75% shadow tax in the form of losing those deductions. Worse, he hadn’t paid himself or his other business partners a salary.

This was not an isolated story. In fact, the location that Brandon cultivated his product was home to many other growers as well. While many may think of large indoor warehouses when they think of marijuana cultivation, smaller operations, like Brandon’s, often operate in a hybrid outdoor/greenhouse model, growing some of the product outdoors as regular plants while keeping some varieties in a greenhouse. These other smaller growers were feeling the squeeze and after a couple years of frustration, they decided to have a big meeting. Almost 40 growers were present.

As they talked through the issues they realized that consolidation made the most sense. If there was a roll-up of existing sellers, then the current supply/demand problem could be “corrected.” Meaning, if there were only five growers in the whole state, then the stores would suddenly be in the position of having only a few choices, and would no longer be able to dictate pricing, but would probably have pricing dictated to them. One of those 40 growers had the financial backing to execute the roll-up, and before long, there were 39 deals in progress.

Now, interestingly, because of the state of affairs, the value of the business wasn’t in inventory, employees, or traditional assets. The value was the license from the state, which were no longer being issued. It was the equivalent of a taxi medallion: a license to make money, under certain conditions. The value of the “medallion” in this circumstance was being somewhat dictated by all the other deals in progress.

Thankfully Brandon stayed diligent. In an industry not usually populated by those who had studied business, Brandon stayed persistent with the buyer, pointing out the crop timeline and the importance of closing a deal by a certain date so the buyer would be certain to be able to pay for the cost of the sale by harvesting that crop instead of having to wait another year. While state regulation doesn’t allow him to disclose the terms of the sale (are you surprised by yet another regulation?) he did manage to, after clearing the business debts, make a little profit on his original investment.

And now you know that while marijuana as a plant grows very easily, business conditions are currently such as to make the business of cultivating it pretty hard.

How to Create an Offering Memo

Sometimes Liquidation is the Best Option
Scroll to top