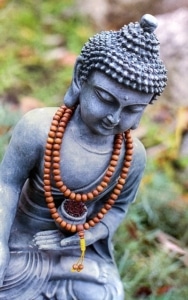 After law school, Diana House took some time off in Bali, Indonesia, where she discovered that people were fascinated with Mala beads – meditation beads used by serious practitioners of yoga. Sensing a blue ocean opportunity, she built a website and in the very first month of business she had paid for the website and had money in the bank.

Diana used local Indonesian artisans, as well as factories in China and India to create what she characterized as “luxury yoga jewelry.” Not only was she first to market, but she really pushed the gas, using Facebook organic marketing, email marketing, and influencer marketing long before it was a common practice. She would give the jewelry to well-known yoga teachers in exchange for their sharing it with their communities.

She quickly hit seven figures in revenue and after the first year she wanted to sell. Diana is a serial entrepreneur and personally she was becoming less interested in yoga and wasn’t wearing the jewelry. A sale she pursued fell apart and she didn’t look to sell again for five years.

Diana had too many irons in the fire, trying to run multiple businesses while also trying to organize a wedding for herself, and at one point when she asked her accountant when she should sell Tiny Devotions, this yoga jewelry company, he told her, “a year ago.” The revenue was starting to flat-line, and while it hadn’t yet started to decline, all signs pointed to complacency from the founder.

Diana knew that she was mentally checked out of the business, and in a small business, the staff feed off the energy of the leadership team. Diana had been out of operations for years and so without her attention it was simply running on autopilot. In the meantime, literally thousands of competitors had moved into the space and were competing well and driving her once 80% margins way down.

E-commerce businesses sell on average for three times normalized EBITDA. Diana used this number in early conversations with potential buyers and started three planned months of diligence with a strategic buyer that had given her a great offer. Despite having a law background, and despite seeing that there was no deposit required at time of the LOI, Diana chose to hold back on stopping things to push this deal point. She was also the one driving the due diligence process: a huge red flag. Unsurprisingly, 2.5 months into the three planned months, the “acquirer” decided to sell his company instead of acquiring hers.

At this point, revenue had started to decline and she thought she was being too smart for her own good trying to sell the business on her own. She hired business brokers to try to sell the business, but kept running into roadblocks like lack of financing, unreasonable requests during the diligence period, and even one fight between spouses about the deposit amount that killed a deal right at the start. 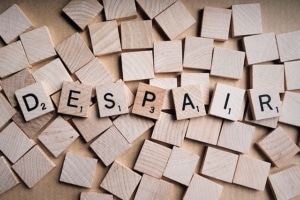 Diana’s lack of engagement turned into despair about the business, and she started to see that her ego was goading her to sell the business because she didn’t want to be one of “those people” who shut down a business because she couldn’t find a buyer. But she realized that the mental anguish she was going through in being tied to something she no longer cared about was much worse, and she set a deadline of “sell or close down” by the end of August. It was August 1st when she made that decision, and on a whim, emailed her customer list letting them know she was planning to sell, but would have very tough deadlines to meet in order to close on time.

The last offer she got, she told the buyer that she needed a deposit that evening, due diligence to complete in 48 hours, and the deal to close in 9 days.  As crazy as those terms may seem, we have seen such deals go through on more than one occasion, and in this case, it happened for Diana, but not without a few bruises, bumps, and lessons learned.

It’s refreshing to hear people who can put their ego aside and point out things they did wrong in order to make sure others don’t do the same.

Apex is actively searching for top quality candidates to join our team of Advisors. If you’re interested in a career helping people buy or sell a business, think you have relevant experience, and want to find out more, please call Doug Hubler, President of Apex, at (913) 433-2303.

Last Minute Jitters before Closing the Sale
Scroll to top