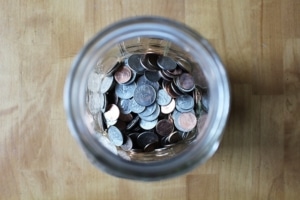 Nathaniel Broughton started Spread Effect in 2010 and sold it in 2014.  Spread Effect was a content middleman. In an era in which content is increasingly king – be it video, audio, or text, Spread Effect helped companies and agencies who wanted content placed or produced do so by working with an extensive network of publishers, featuring everything from travel, to sites about entrepreneurship, to the classic “mommy blog.”

By the time he sold it, he had grown the company to $4M in annual revenues.  The margins were between 18-25%, and while the operations were lean, they were generally intense.  There was maintaining the database, which involved keeping up with software and usability between the different publishing sites that Spread Effect had access to.  There was also the team of representatives who not only maintained relationships with publishers but did outreach to gain new ones.  Most importantly, there was the writing and producing of content itself, which was the most expensive part of the business, especially since the company framed itself as featuring premium content, not the type that you can get on Fiverr or Upwork.

Nathaniel was happy that he had a functioning business model, but it began to dawn on him that the margins were fairly fixed, and while he was operating in software, the business couldn’t scale like software.  This was because there was really a lot of human grunt work involved that couldn’t be automated or turned over to AI. There was also the limited number of publishers. Even if he should want to scale up the team to handle more work, it would mean the need to find a significant number of new publishers, and there is a limit, even on today’s seemingly infinite internet, of quality websites producing quality content.

Nathaniel realized that if he ever wanted to sell, he would have to find someone who was interested in buying the company in its present state as a lifestyle business, or an entity who wanted to use the database (and his team) as part of something bigger that they were already doing.

While he was coming to this realization, Nathaniel was already consulting with a private equity firm and was helping to do acquisitions.  In his heart he had already moved on, and as such, lost any desire to hold out for a potentially long sales process.  He priced the business “cheap” (in his words) at only one times net income, when he could easily have gotten 1.5 or maybe 2 times, because he was focused on something else.  The company sold right away, and some who learned about the sale later on told Nathaniel they would have easily paid more, if only they had even known about the opportunity.

Key Questions to Ask Any Seller