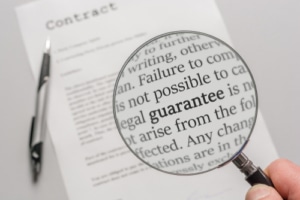 Jason Bagley sold his South-African-based cold email lead generation company, Firing Squad, to an American marketing agency but lived to regret the deal when he realized that the contract he signed didn’t give him what he expected.

Most people don’t like writing cold emails. They know that it can work, but the stress and pain involved in writing them is enough to discourage them from pursuing it.

That’s where Jason and his team came in. Originally oriented as a web design firm, Firing Squad simply didn’t have enough recurring revenue and to dig them out of this hole Jason looked at his top recurring client and saw that it was an email newsletter business. He decided to pursue emails a bit more narrowly and almost in prophecy, wrote a number of cold emails to offer businesses help with a cold email service.

“How do we know this is going to work?” Many of the business owners unironically asked Jason when they had their appointment.

“You’re sitting here based on a cold email, right?”

Jason was the top writer of these cold emails, but he knew that he had to pass on his knowledge to team members in order to scale. He did this through Looms or live video chats in which he would explain why something needed to be changed. An example he shared of a change he would frequently push was closing with a question.

“That’s not a question leading to action,” opines Jason. Go for a close, like “Can we chat?”

Little tweaks like these led to better success rates for his emails.

Apart from writing, Firing Squad’s secret sauce included how many emails to send and who should be targeted.

While Jason and his team were experiencing success, they still felt like they were on the same revenue treadmill that they were on when solely working on web design.

In the best cases, they created so much new business that the companies that hired them turned off the service because they couldn’t handle any more new leads.

In the worst cases, they only were able to get a few leads for the clients, making it not worth the client’s money or the team’s time.

Jason thought expanding into the US market might help him find a balance between these two types of clients and started having conversations with US-based businesses around referral partnerships. One of those conversations took a turn towards acquisition.

Jason knew that given how much he was still involved in writing the emails, he didn’t really have a business to sell as much as he could offer himself as a kind of acquisition.

So Jason offered Firing Squad lock, stock, and barrel, in exchange for some base pay and some equity in the acquirer. After some negotiations, they agreed, but one of the deal points included significant price increases for the South-African-based clients. By significant, that meant tripling the prices.

Jason played the “we got acquired and the acquirer has forced us to do this” and after some grousing, a lot of the existing clients came along — which also offered an unexpected insight into how underpriced those services had been.

Jason was fine with working for the acquirer as long as he knew that at some point when he chose to leave he would be able to cash out what he had helped grow. Except that’s not the deal he signed.

Jason had wanted actual equity, not shadow equity that evaporated when he left the company. The problem is that he got the latter and his lawyer hadn’t told him that he hadn’t received the former because he never clearly explained what he wanted to his lawyer.

Worse, the agreement was subject to US laws and Jason didn’t want to fly to the US to fight a court case. He chalked up the mistake to inexperience — avoidable inexperience — and went on to found another company.

Need someone to help you read the fine print? We know good lawyers who can help. Give us a call.

Episode 47 – Anatomy of a Deal with Stephen Heiner Part 1