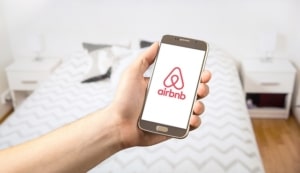 Today, everyone knows about Airbnb, but not that long ago, a little company called Homeaway, based out of Austin, was actually the pioneer in the home sharing space.

Airbnb has larger market space in cities, but Homeaway still to this day has the largest inventory of vacation homes in the world. They did this by acquiring 25 other firms, like VRBO domestically and the top 1-2 services in several key countries around the world. This allowed them to raise half a billion dollars in capital, go public, then eventually sell to Expedia for $3.9B. Not bad for helping to list vacation homes.

The original business model put forward by Homeaway and VRBO was a subscription model: you paid to be part of the platform annually, and got to keep all the income you generated as a result. But Airbnb drove change here, as they entered the market using a transactional model, meaning neither the owner nor the renter needed a “membership” in order to rent.

This led to rapid adoption, and rather than let Airbnb gobble up the market, Homeaway (and all its acquired companies) added the transactional model as an option for those who wished to use the platform. Many owners continued to use the subscription model, as it was much more beneficial for them financially, especially in high volume areas.

While Homeaway dealt with Airbnb as a direct competitor, it also dealt with the Online Travel Agencies (OTAs) like Expedia, Travelocity, and Hotwire who saw homes as a natural complement to their platforms that already booked flights, rented cars, and offered hotel rooms.

Why not go full spectrum and add vacation homes too? For a while, they tried to compete against a company which had as its sole focus homes. Then they gave up and decided to go into a bidding war to buy out Homeaway. As we noted above, Expedia came out on top.

Ross Buhrdorf, Homeaway’s founder, noted that he didn’t really care which of the OTAs acquired Homeaway, as the Homeaway team didn’t see a significant brand difference among them. He knew that the strategy would be the same: consolidate the back offices, keep all the separate platforms mostly as they were, and add built-in functionality to the OTA platform itself.

Most of the Homeaway executive team would be jettisoned from those positions, as an OTA wouldn’t need them. So they wanted to make sure that the payout was good, and it certainly was.

How to Create an Offering Memo
Scroll to top