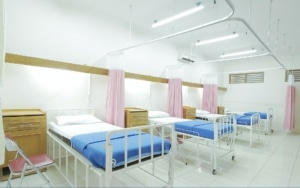 On New Year’s Day 1996, after some time as a freelance writer, Steven Smith and his wife Michele decided to take the plunge and create a content agency, WordSouth. Their background had been in telephone and communications and they used this to help many rural telecom companies tell their stories, market their services, and train their people. They were recently acquired by Pioneer Utility Resources, but that was only because some years before Steven finally started delegating when he found himself in the ICU.

In 2014 Steven was diagnosed with a rare neuromuscular disease. It had taken him a year to get a diagnosis in the first place, and when they finally did identify the real problem the doctors recommended surgery which led to greater complications. After the surgery he ended up in the ICU, where he was only expected to stay a week. That turned into seven. But this wasn’t just a health problem for Steven: he had had problems delegating and WordSouth couldn’t really function with him laid up in the hospital.

This meant that the entire team had to take turns coming down to the hospital, where Steven finally delegated responsibilities and processes to members of the team. Not only did the business not suffer, it doubled during this new period, and continued to grow even when Steven was better and could return to the business full-time. It shouldn’t have taken a health crisis to create these systems, but to Steven’s credit, he made the necessary changes that should have been made years before.

Even before this hospitalization, Steven and his wife had been contemplating a future sale. They had been inspired by observing colleagues that had sold businesses and completely changed their lifestyles: they slowed down, took time off, and started to work on some hobbies and projects that really mattered to them. But in the early days of pondering a sale, Steven was concerned that the business would only net 1 to 1.5X revenue or 3 to 4X EBITDA in a traditional transaction.

With that in mind, Steven began to consider pursuing a strategic buyer. A strategic buyer would be able to add the assets that WordSouth had in place to what they already had to create economies of scale and greater opportunities. With this mindset Steven began having more conversations with the bigger players in his industry.  At conventions and conferences he would ask some of the principals to dinner or coffee and get to know each other better. With the party that would become the eventual buyer, this conversation essentially lasted two years.

The company that ended up buying them had a strong presence on the West Coast, but almost none where WordSouth was based, in the South and Southeast.  While that firm shared work in the electrical industry with WordSouth, they were interested in growing in telecommunications, which WordSouth had strategically grown over the years. These considerations made for a good environment for a strategic acquisition, and after NDAs were signed, discussions were able to go deeper.

Because the acquirer was a co-op, the structure of the deal needed sign off from representatives of many different members. The co-op necessarily wanted to spread out both the risk and cash outlay, whereas Steven definitely wanted a commitment of cash upfront instead of a long earnout.

Steven wanted to be with the company for an extended transition time, and while the terms of his eventual deal were not publicly disclosed, he has said in interviews that what got the deal to the finish line was both sides’ willingness to look at unconventional structures for the final deal.

Takeaways from this case study:

Unfortunately, we’ve seen many a potential listing be lost because the owner ended up in the hospital and was not able to save the business, as Steven did.  If you want to sell your business but don’t know where to start, give us a call!

Three Reasons We Might Not Take Your Business Listing