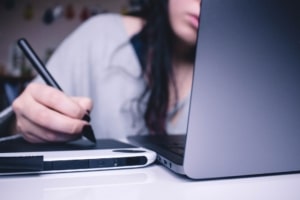 When Mike Winnet quit his job to start a new business, he really didn’t know what field he would be going into. He started searching for jobs and noticed that 90% of them were asking for effective time management, clear communication, and great team work. But there weren’t certifications for these skills. He thought about what he would do if he was looking to acquire a particular skill: look on YouTube. When he started to research the e-learning space he wasn’t too impressed. So, E-Learning Heroes was born.

Taking Down Your Own Industry

If you ask Mike about what was wrong with e-learning when he started building his company, he won’t be shy. He said that the big players were creating courses that were:

Worse, a lot of these companies pitched e-learning as a be-all and end-all. But Mike and his partners disagreed. Real learning is experience, in the field, shadowing, etc. What e-learning could do very well is prepare people for experience or recap experiences. It could not possibly substitute for experience.

So not only did E-Learning Heroes seek to counter all these problems, they also engaged in digital marketing that actively made fun of these issues, leading with videos like “Here’s what’s wrong with e-learning.” Understandably, these videos got a lot of attention from potential customers and a lot of bad will with competitors, though they would eventually come around in their own way.

So, E-Learning made their videos:

In addition, he didn’t make companies sign lengthy contracts that were difficult to get rid of. His cheaper pricing also allowed companies that were unhappy with their current solutions to give E-Learning Heroes a “test drive” while finishing up an existing contract and that test drive often resulted in a company switching over to E-Learning Heroes completely when their contract was complete.

Before Mike sold, he was doing $140k in Monthly Recurring Revenue (MRR) and an annual profit of $400,000. He didn’t have a particular passion for e-learning (he had just seen a hole in the marketplace), he didn’t want to create an ongoing brand in the e-learning space (he was happy to let others do that), and most importantly, he felt that if he was able to build such a business with no experience and no real financial resources, it would only be a matter of time before one of the big players came in. So, he was always open to an acquisition.

Turns out it would come from one of the partners that E-Learning Heroes developed along the way. As part of his intentionality, Mike made sure his courses were compatible with the platforms of existing big players so that a potential future acquisition would be easier. When partners demanded exclusivity Mike would always give the same answer: “Buy us.” It turns out that some of those partners did take him seriously and he ended up selling. The company eventually sold for roughly $10M just under three years from when Mike started it.

And those competitors that Mike made fun of in the early days? They changed their pricing and course models to emulate the path E-Learning Heroes paved.

Mike’s got such an awesome story: he helps remind us that there are businesses and ideas just waiting to be created. Here are three takeaways:

We don’t have any e-learning courses for you yet, but will a podcast do? Check them out here.