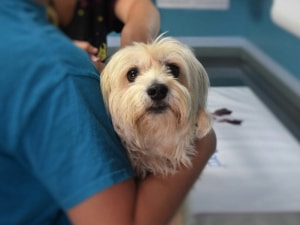 When Lee Richter and her veterinarian husband acquired San Francisco-based Montclair Vet nearly 20 years ago, they weren’t really taking a risk.  That practice had already been around for 40 years and had 3,000 regular clients at the time they bought it.  But by the time they sold it, they had nearly 25,000 clients and got to enjoy the EBITDA rewards that came with a thriving and niched business.

There has been a boom in recent years in pet care, especially as more and more people treat pets like family members and opt to have them instead of children in the home.  The Richters understood the strong attachment that many had to their pets but wanted to bring a completely different take on visits to the vet that the customers had always known: more preventative care, and the use of Eastern medicine and practices combined with the newest technology: think chiropractic, acupuncture, and hyperbaric oxygen.

Sound unusual?  The numbers don’t lie.  Even more interesting, by insisting on this level of care for the pets that came in, the Richters began to see the customers end up taking better care of themselves as well.  By encouraging “wellness” instead of just bringing in pets when something was “wrong,” visits happened more frequently, and unsurprisingly, revenue went up to.

Lee had a business background to complement her husband’s veterinary skills and she referred to him as the “simplifier” and herself as the “multiplier.”  As he imposed these new ideas on the existing practice and trained the growing team (they went from 3 doctors to 10), Lee went about marketing the business and coming up with smart ways to get the word out about the different way that they approached pet care.

This didn’t change when an acquisition possibility came their way as one of 500 practices being targeted for a roll up.  The work she had done with SEO and ownership of relevant URLs partnered with the new level of vet service her husband was offering allowed them to get 10X EBITDA when the industry normally trends around 5X.

Second Bite of the Apple

Not wanting to take all the proceeds from the sale of the practice, the Richters asked if they could “invest” in a future liquidity event by leaving some of the sale proceeds in the deal as skin in the game.  Out of the 500 practices that were rolled up, they were the only ones to ask for this, and the buyers, while surprised, took them up on the deal.  In fact, two years later when the roll up was complete and the new conglomerate sold to an even larger buyer, the $2.5M they had “invested” had doubled.  Unsurprisingly, they’ve asked to be included again, and they’ve put that $5M into the new company to see where it goes.  This gives them a seat at the table for a business way above their level but also puts them in the catbird seat when it comes to new deals and opportunities.

When asked why they wanted to keep letting the money ride, Lee noted that she had been blessed with good business mentors and had taken notes whenever they discussed their acquisitions and what they had done or wished they had done.  This led her to ask for a second (then a third) bite of the apple — staying in fractionally post-acquisition — when none of her colleagues did.

Interested in buying or selling a veterinary practice?  We’ve got plenty of experience doing both.  Give us a call!