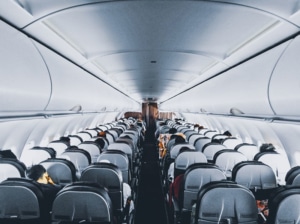 Timothy O’Neil-Dunne has been an aviation and travel insider for years and his most recent business, Air Black Box, was acquired by 777 Partners in early 2019. Along with his fellow co-founders, Timothy was able to create a way for airlines to sell more seats by using new software to access very old technology which is the domain of just a few companies.

It turns out that airlines are not really interested in hearing about the technology behind innovative software, nor are they interested in the larger philosophical discussions about how they can still make money when their flights connect with airlines that stand outside the big three (SkyTeam, OneWorld, and Star Alliance) airline alliances. So rather than force these ideas on the airlines, they leaned into this lack of desire to understand technology and just called it “Black Box.”

They also conformed to the way that airlines and airports prefer to see proposals: as a per transaction cost. What does it take to get a passenger on that jet bridge waiting to board the plane? That’s what they understand and that’s how they built all of their projects. One of which was creating a new airline alliance, the Value Alliance, which mostly includes low-cost carriers.

What many of us who use online websites to do bookings don’t realize is that the slick and shiny software we use is connected to very old legacy software and technology. While these software operators still benefit from being able to sell tickets to people like us who want to buy them, airlines really still lack the ability to drive more revenue by airlines networking and cross-selling with each other. That’s where what Air Black Box was doing really made a difference that went straight into the bottom line for its clients.

Early in the process, Timothy and his co-founders made the decision to make sure that his employees had a stake in the future of the business by giving them some ownership shares. One third of the company was then allocated in such a way that if there was a future transaction, his employees would get a guaranteed amount. Whereas any speculative part of the deal that required more work would be his risk (but also his reward). When asked why, Timothy responded that his staff were loyal and went above and beyond. They were the type that if you called in the middle of the night they would do their best to try to figure out how to solve a problem.

While he did bootstrap the company with his own funds, Timothy was also happy to partner with the government to get some matching grant funds. They approached Innovate UK and made the case for how their UK firm could obtain some significant international business if they could get some seed funding at a crucial stage. That funding was important early on when Air Black Box only had one customer, Changi Airport.

Part of the value of Intellectual Property (IP) in a future sale is the competitive advantage you have over others because of your technology. The other part is the ability to gain from adversarial lawsuits. The patents obtained by Airline Black Box combined with their transaction revenues made them an attractive target for 777 Partners, which has a collection of companies in its portfolio that it helps to scale to a high level of success.

There are many important and valuable businesses that exist all around us. But they are invisible because we don’t know they play a role in our everyday lives. We deal with a lot of these off-the-beaten-track businesses here at Apex. Give us a call if you’d like to learn more.