While a person often buys into a franchise business with the hope of growing the location to sell one day, or possibly even to get into multiple units, there are times when a franchisee may have to sell the franchise back to the franchisor. In this article we’ll talk about this circumstance and what you need to keep in mind if you do so.

Part of the Deal Anyway 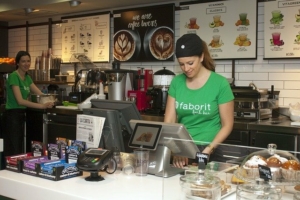 You will find that even in the best-case scenarios, in which you have decided to sell the business at a premium to an outside buyer, that the franchisor has the right of first refusal built into the franchise agreement they have with you. Simply put, that means that all they have to do is match the price that you have under contract with a potential and you will have to sell to them instead.

You can imagine that if you do have this clause in your franchise agreement it will not be particularly exciting for a potential buyer you are selling a franchise to to find out that they could be cut out at the last minute by the franchisor.

Franchisors do this to keep their options open as well: they might like to expand the footprint of their company-owned stores and buying a franchise back from a franchisee is one of the easiest ways to accomplish this. Part of this strategy also involves putting time limits on each franchise agreement and as an agreement comes to an end a buyback option may be in play also.

Franchisors also keep a waiting list of those who would like to buy an existing location (and are willing to pay a premium to do so) rather than start one from scratch, in which case they can (and do) charge a referral fee to you if they end up giving you a buyer instead of you finding one yourself.

Even if the franchisor doesn’t decide to exercise the right of first refusal option, and they do accept the buyer you have found, they can still charge a transfer fee, which is also usually stipulated in the franchise agreement.  Furthermore, the buyer will still need to meet the then-current new franchisee qualifications (again, stipulated in your franchise agreement…see a pattern?).

Sometimes It Is the Best Option

There are times when selling a franchise to an outside buyer isn’t a real option.  The franchisee might simply be tired, not having realized how much work was involved to get the business to a certain level, and hence cannot make the business presentable for sale.  He/she may be in financial distress due to poor performance of the location.  Other times there’s a legal breach of the franchise agreement, for example when payments are not made on time or vendors are not paid in a timely manner.

Even in circumstances such as these, the franchisor will want to keep the best foot forward for public relations reasons.  They will want, as much as possible, to keep legal and financial difficulties out of the public eye and to make a smooth transition with a temporary location closure, if it happens at all, for a very brief period.  As the franchisee, you’ll want to make this process easy as well by making sure your books and inventory are as up-to-date and as clean as possible.

Franchisees will also want to secure favorable non-compete terms as they exit the business.  Even though they may not want to work in the industry in the immediate future, they will have built up a fair amount of experience and may want to deploy that once the transition is over and they have had some time and distance from the negative outcome of their franchise experience.

Don’t Be Afraid to Ask for Help

Selling a franchise in any situation can be challenging and you don’t have to do it alone. Over the past three decades we’ve sold tons of franchise locations in many different situations. If you’re considering selling a franchise (or buying one) give us a call!

Which Small Business Valuation is the Best?