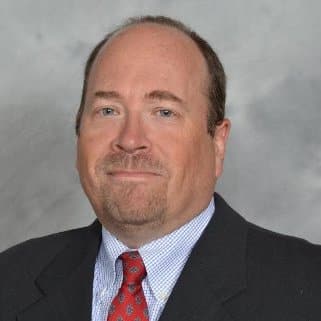 In this occasional series, we will share profiles of our team here at Apex so you can get to know the men and women that make us best qualified to help you buy or sell a business.

“Anyone who owns a business is a unique and special person, whether they’re successful or not, and I admire that.”

Steve Weaver has over a decade of experience as a business owner himself to complement the almost dozen years he has been a business broker.

And while he now calls Kansas City home, life as a military brat took him to Japan, the Philippines, South Carolina, Texas, Illinois, and finally Alabama, where he worked in sales for produce supplies.

The job had plenty of long drives. On those long drives, Steve started to conspire to own his own business.

He got a friendly nudge from a friend who had just opened a business brokerage and before too long Steve was helping people buy and sell companies.

After three years brokering sales in Alabama, Steve moved to New Orleans, chasing a bigger market and greater opportunities. As you might guess, the market in that city is much more oriented around bars/restaurants (which feature “about the messiest financials you can imagine,” Steve opined). He enjoyed working with the team in that office and did plenty of deals during a 7-year run.

Personal circumstances eventually took him to Kansas City where he continued as a broker and helped sell a company that really caught his eye. It was a party rental company. After the sale, circumstances fell into place for him to buy the firm. He went on to own the business for 13 years before choosing to sell, mostly for his own health.

“I’ve lived the stories of my clients that I broker for. I had to get stints in my body…because of a business! I understand burnout. I understand needing to let things go. Most of all, I understand how to sell a business from both sides of the transaction.”

Steve exited that business in 2017 and came back to brokering, something he’s always loved.

He’s continued to dig in roots in Kansas City, active in the Knights of Columbus and helping to found a new Rotary Club in the Waldo area.

“I’ll probably die here in KC, but not yet!” he said with a laugh, his easy smile and his gentle but professional manner.

Is It Time to Sell?
Scroll to top